When looking at travel pictures on social media, we often see a filtered version of reality where everything is perfect and goes off without a hitch. While I love to travel and believe everyone should experience it, there will be times when things go wrong. Even the most experienced travelers can make mistakes: I have my own share of now-hilarious misadventures, like when I got lost in a canyon in Oman or fell “in love” on a flight to Iceland.

Seven travel bloggers are here to share a mistake they made on the road and the misadventures that ensued:

On this particular trip, my friend had bought us train tickets from Spain to France. But just after sitting down, some ladies came over and started yelling at us.

At first, we thought they were rude, but then we saw their tickets.

We had made a mistake and booked our tickets for the day before! Oops!

So, we took our bags and sat in the food car. Every time inspectors came by, we were worried that they would throw us off the train! Fortunately, they never said anything, and we made a new friend (who was willing to share a bottle of booze with us), on our journey from Barcelona to Narbonne!

So, I came across these super-cheap plane tickets from Germany to New Zealand for 480 EUR, which seemed like an amazing deal! I randomly picked 3 weeks in March because I was free that month, and booked them without hesitation.

I was so excited that I called my husband to share the exciting news. As he is more down-to-earth than me, he asked, “In March? When we are in Iran?”

I forgot about these tickets to Tehran which I bought only one week earlier! They were also super cheap and I couldn’t resist! By mistake, I had booked both trips for the same weeks.

After a few phone calls with the airline, we were lucky to have them rebooked, but it cost more than the tickets in the first place!

Lesson learned: always keep a journal with all your flight dates and check it before booking anything!

On a recent family trip to Iceland, my mom was in charge of booking the rental car. Since we’d have 3-4 people plus luggage and were going to be visiting in winter, she wanted to get an SUV.

She did some searching and found a mid-size SUV for $425 for our weeklong trip. It didn’t seem that unreasonable for a weekly rate, so I didn’t think much about it. We got to Iceland, picked up the car, and enjoyed our trip. When we got back to the airport, the rental company agents told us that we had to pay for the rest of the rental, even when my mom showed them the charge for $425 on her credit card.

They finally explained that we had made a mistake while booking and only rented the car for one day. Although we had kept it for an extra six days, they had somehow not attempted to contact us at all to find out where their very nice SUV was. I can’t believe they didn’t have the police out looking for us! I was supposed to split the cost of the rental, so I was getting a little queasy as I did the math in my head for what a whole week would cost.

At that rate, we would’ve been paying almost USD $3000 for the car.

Fortunately, the agents at the rental company took pity on us and cut us a deal so we only had to pay another $850 on top of what we’d already been charged.

The moral of the story is to always triple check your dates when booking anything on trips. No matter how much faith you have in your travel companions, make them forward you copies of all reservation confirmations. Or else, you could end up making a horrible and expensive mistake like us.

7 hilarious travel snafu stories to make you feel better about being stuck at home. Click To Tweet

I was supposed to go on an 11 day trip with my friend to Vietnam, but somehow, when I booked the tickets, I made it 16 days by mistake. By doing that, I unknowingly exceeded my visa exemption allowance of 15 days and didn’t realize until the day before my departure.

Luckily for me, I was able to get an express landing visa letter at the cost of 6 USD extra.

After a great week away in Edinburgh we went to the airport to catch our flight home. We passed through security and made it to the gate area with plenty of time to spare.

Lulled into a false sense of security by the chronic lateness of budget airlines we chatted away expecting to hear an announcement. Nothing came, so at the time our flight was meant to take off, we headed to the counter to ask what was up.

The gate was closed and the flight was taking off just as it should be! Apparently, they had called us over the loudspeaker but we’d been too engrossed in our conversation to hear it.

We refused to fork out the extra money for a new flight and decided to turn an embarrassing mistake into an adventure. We spent the next four days hitchhiking home to Frankfurt. It was definitely a trip we’ll never forget!

Rohan, Travels of a Book Packer

A Lesson in Travel Insurance

After meeting up with some friends in Bangkok, I decided to head to Phuket. However, I didn’t have a flight booked and was currently stricken with the flu from hell. Nevertheless, I was committed to getting to Phuket.

I woke up and ordered an Uber from Sukhumvit to the airport with no flight booked. Once I arrived at the airport I must have been so focused on how much I feel like dying that I didn’t even notice I’d lost my phone. Luckily they soon announced a found phone at the nearby information desk. Phew. Disaster avoided! Or so I thought.

Fast forward to booking a flight, boarding the plane, and placing my passport in the seat pocket in front of me. Still feeling like death, I forgot to check my seat pocket when it was time to disembark. It was only when I started scrolling through my news feed on Facebook that I saw an article about a guy who forgot his passport on a plane… I was meant to go to Vietnam in 4 days to meet more friends. Nope.

These two events prompted me to renew and never travel without insurance since both losses would have been covered even though they were my fault. It was only 24 hours and dozens of phone calls later that I was informed that my passport would be flown back to me from Bangkok. Eventually, I was reunited with it and managed to go to Vietnam.

Since that day, I avoid traveling while sick as I seem to be unable to think clearly!

I went to the Faroe Islands last March with some friends and rented a car for the trip. After a long day, we were driving to the abandoned village of Muli on the island of Bordoy. We entered the tiny tunnel (Faroese tunnels often fit one car, and barely that one car!) and the entire right side of the car collided with the side of the tunnel. It was a Saturday evening and not much was going on, so we decided to call the rental car owners first thing Monday morning.

On Sunday, we went for a hike on Vagar, another island, and parked our car at the local grocery store nearby. After around eight hours, we got back to the car only to find a note from the rental car owners inside threatening to call the police if we didn’t contact them about the accident immediately.

When we frantically called them, they lightheartedly laughed and said that they lived in a small town where the car was parked and saw it while at the grocery store. They understood our desire to wait until Monday to report it as nothing could be done with repairs or the police until then. We paid $1,000 for the damages, but nothing was as frightening as the horror we experienced upon finding that note inside of our wrecked rental car that day!

Are you interested in writing for Packs Light? Apply to become a contributor. And don’t forget to join the Young Traveler’s Network Facebook Group. 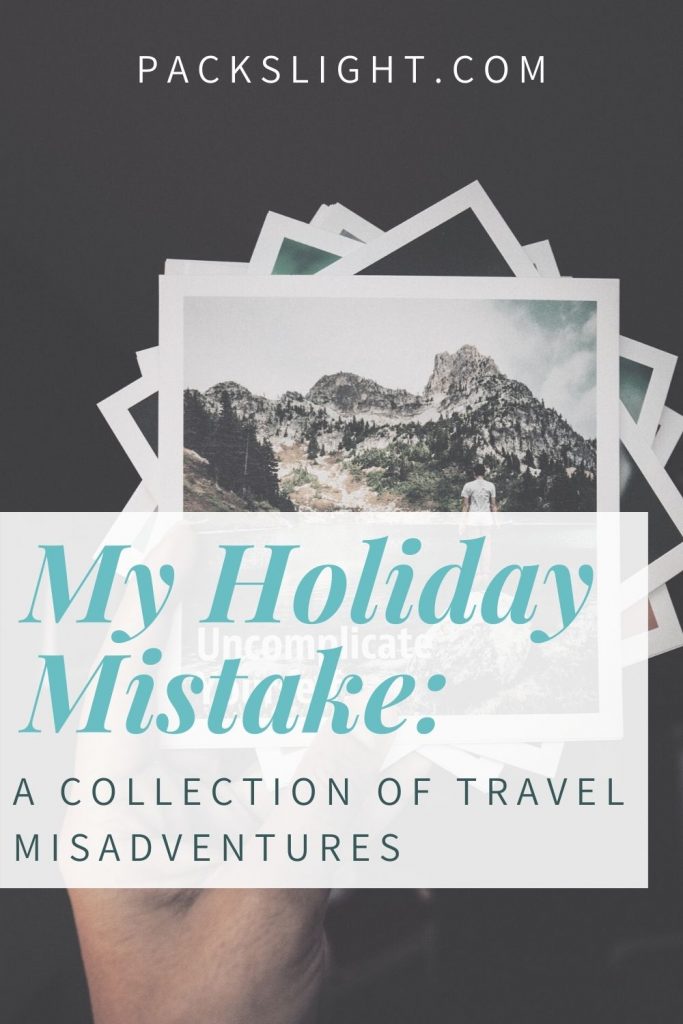 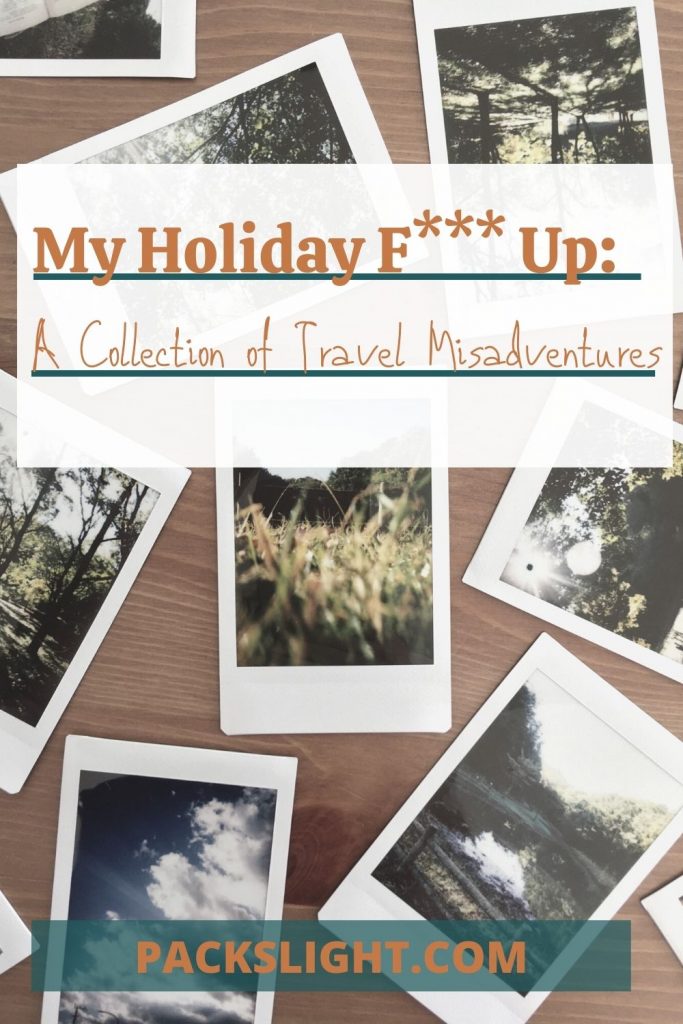