Our Vacations Might Be Canceled, But Mother Nature is Having Her Hot Girl Summer

This global pandemic has so far claimed more than 208,000 lives globally, grounded more than 2/3 of the world's passenger jets, and global travel and hospitality industry to its knees. Local DMOs, tour providers, airlines, transportation services, hotels, have all been rocked—and becoming a full-time travel influencer during this time has been no walk in the park either.

However, as our 2020 vacation plans have been justly postponed and approximately 1.5 billion people globally are following stay-home orders I do know of someone who is having the vacation of a lifetime: Mother Nature.

Check out these 11 feel-good sightings of her enjoying her much-needed time away from humankind.

1. Exploring cities Down Under 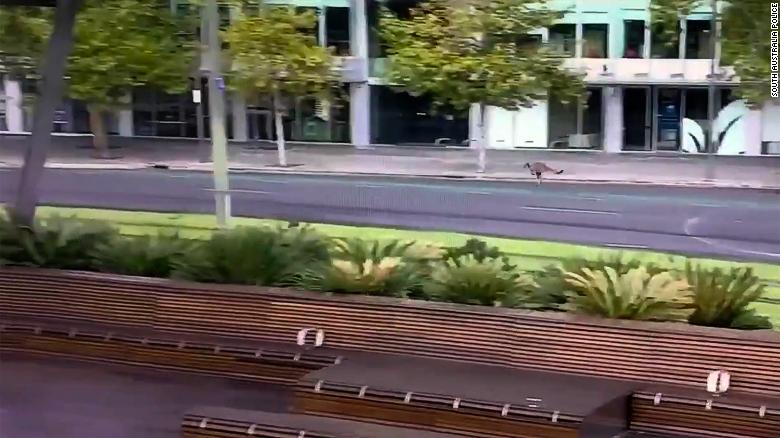 The coastal city of Adelaide, Australia is host to a population of approximately 1.2 million.

But with its current stay-home orders due to the virus, it's host to 1.2 million and one: this grey kangaroo is can be seen bounding down the vacant streets.

Apparently seeing a stray wild penguin in coastal areas of South Africa isn't too rare. But in the buzzing capital of Cape Town? Not so common.

Yet these 3 penguins seem to be having fun sight-seeing on their way back to the beach.

3. Jelling out in Venice

For the first time in many's life, the canals surrounding the Italian city of Venice are clearer than ever due to lack of boat traffic stirring up debris.

This solo jellyfish is seen peaceful floating through a canal—something that could never usually. 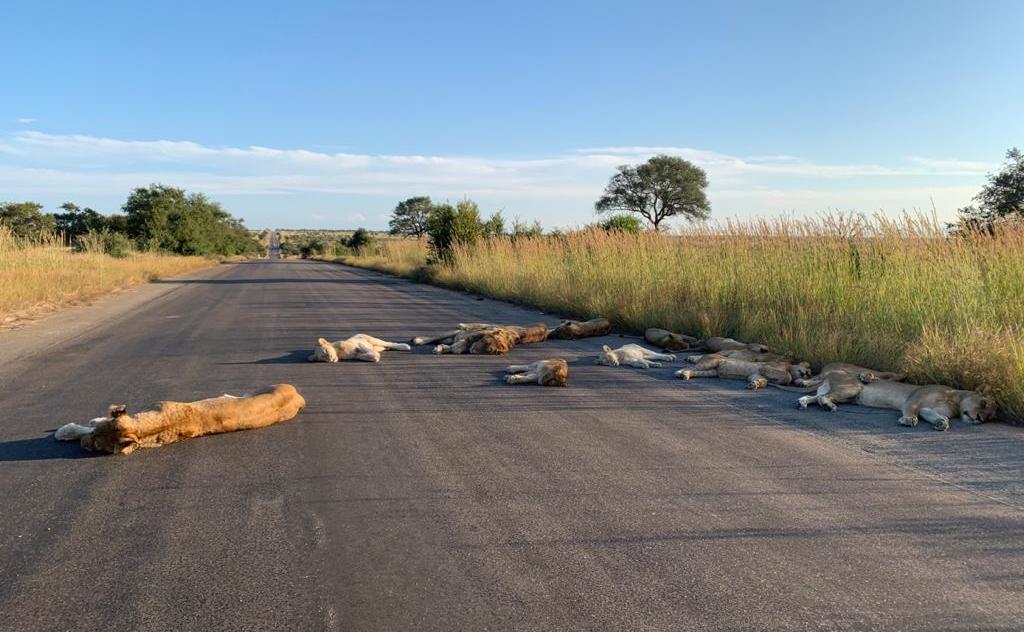 This pride of lions is seen in Kruger National Park, South Africa, lounging on the heated pavement and rare lack of traffic.

Mother Nature has taken advantage of mankind being locked in to live her best life. And no one can blame her. Click To Tweet 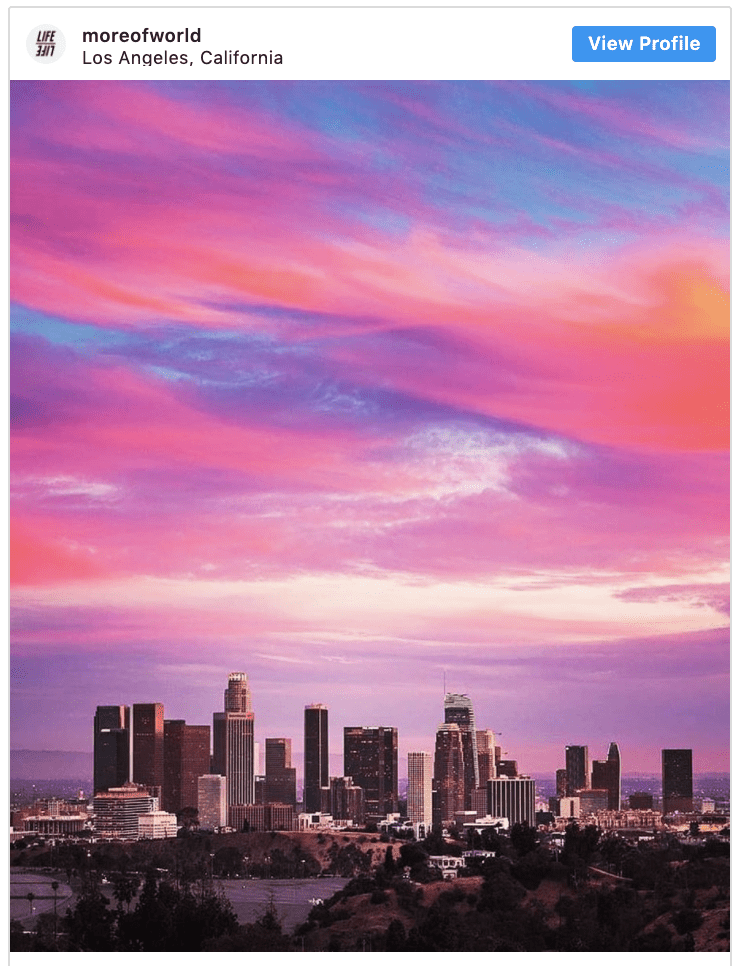 Los Angeles, a city famous for its traffic, smog, and bustling city life have become the pinnacle of urban air quality as humans are forced to stay indoors and the atmosphere takes a huge, clear breath.

Photos of the LA skyline have gone viral for showing the nearby mountain range. 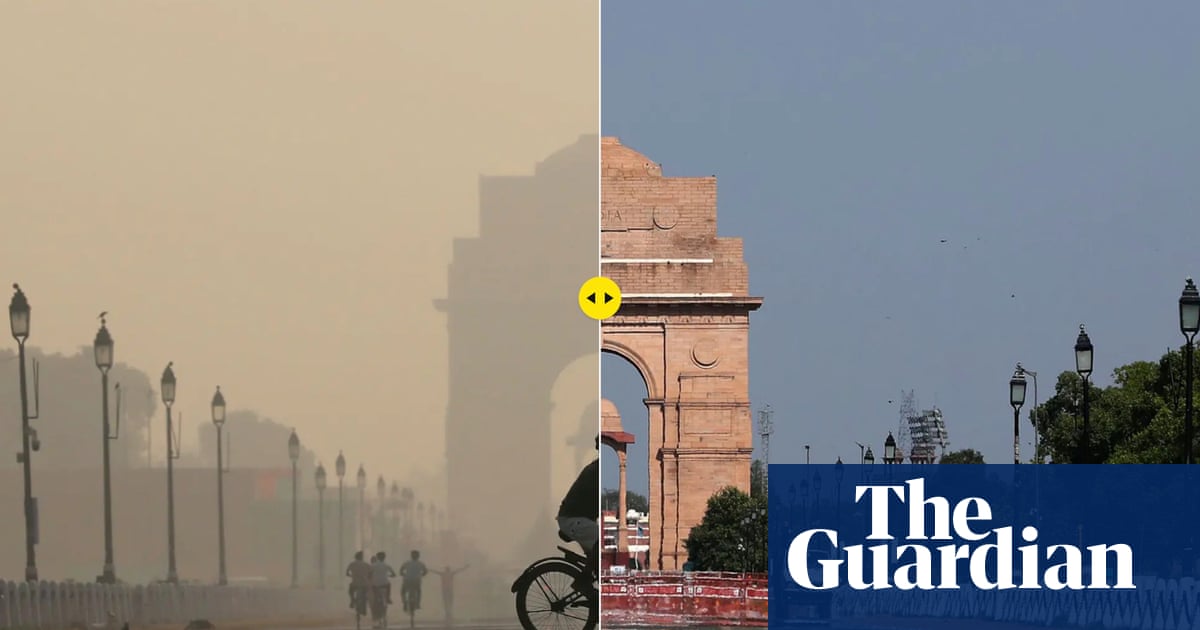 This nation of 1.3 billion people was aggressive in its efforts to flatten the curve and combat the coronavirus.

The full stop on air, land, and rail transportation has had a dramatic effect on the environment. The Center of Science and Environment reports that “days after the lockdown began on March 25, the level of particle pollution considered most harmful to human health fell by nearly 60 percent in New Delhi, India’s capital.” 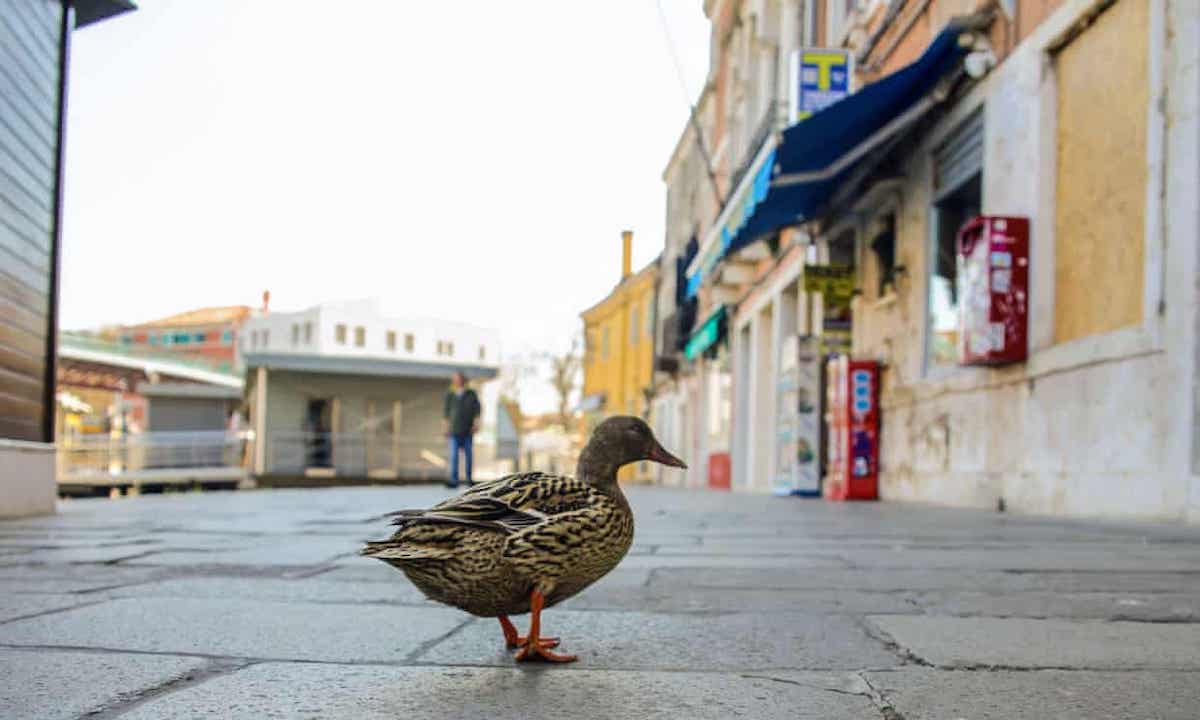 Ducks, deers, and warthogs, oh my! Reports of all these animals and more spotted roaming the quiet walkways of Venice. 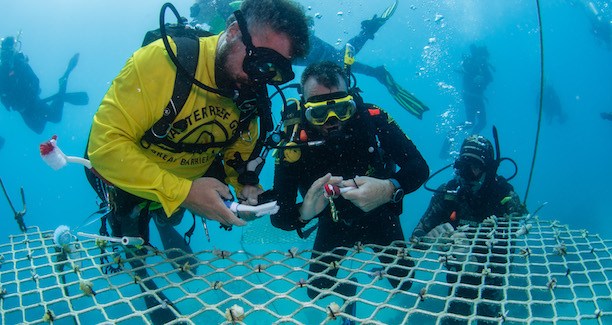 Passions of Paradise—a reef tour company in Cairns, Australia— have taken advantage of the travel pause and poor business to see the possibility of problem and pivot their energy.

Their staff has volunteered to give the ocean and respective coral reefs some much needed TLC in this time by planting coral on the Great Barrier Reef.

9. Romping around the beaches in Oregon

Check out these elk having a beach day out on Cannon Beach, in Oregon. Usually overrun by tourists in the warmer months this is a special occasion for them. 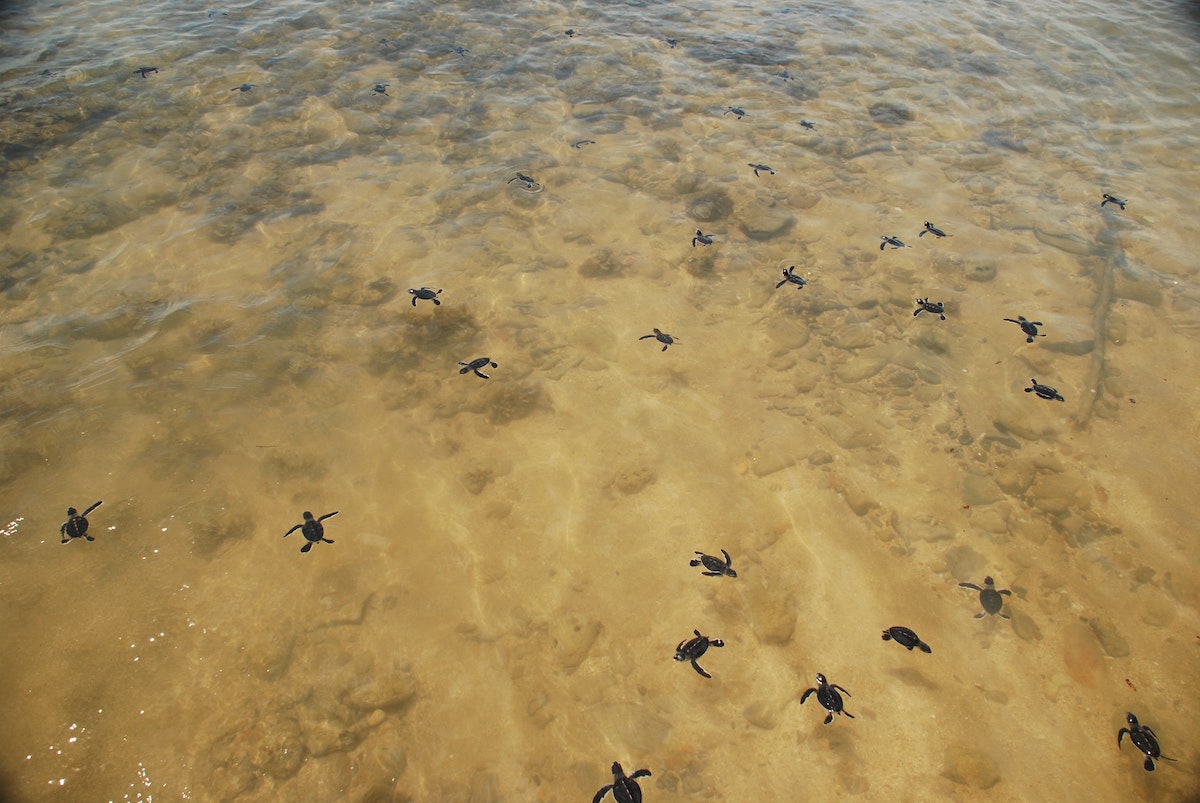 In the Thai province of Phuket, meanwhile, the number of turtle nests on some beaches has reached a 20-year high— and Kanokwan​ Homcha-ai, the supervisor of the Mai​ Khao Marine Turtle​ Foundation is likely due to the lockdown measures implemented in March.

The same phenomenon has been seen in Brazil and India. 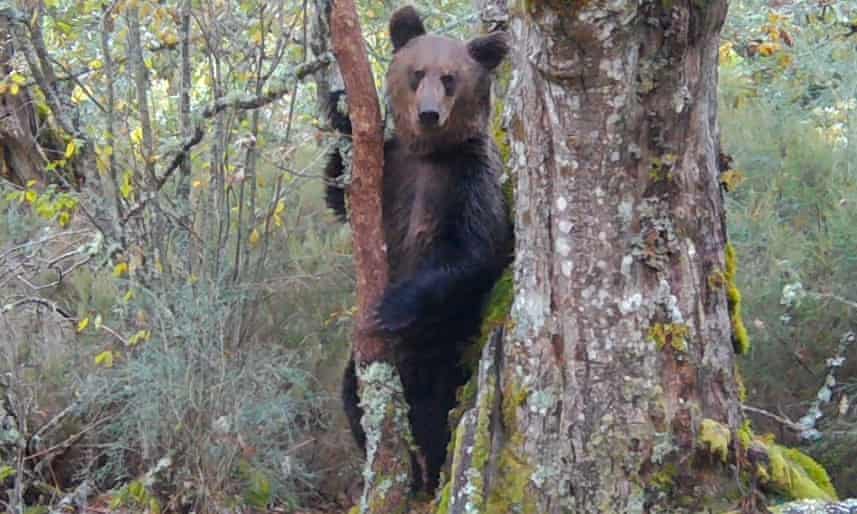 Brown bears have been spotted in Northern Spain for the first time in 150 years! 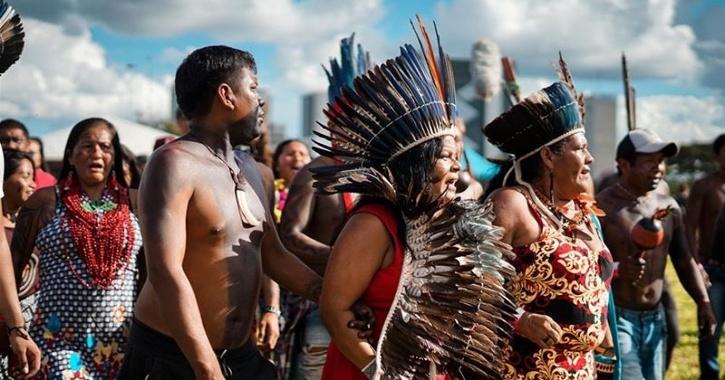 Yale Environment reports, the Ashaninka indigenous community of Brazil has been fighting for more than two decades against illegal loggers. They recently won their case and will be receiving a formal apology and more than $3 million in reparations for the illegal reaping of their forestry from the Amônia Indigenous Reserve.

As our economies recover from COVID-19 there have been promising calls to assure that those jobs are created post-COVID-19 explicitly contribute directly to a cleaner, greener economy.

Johan Rockström, the earth systems scientist and director of the Potsdam Institute, has identified a few interesting correlations between the pandemic and our global environmental crisis.

So while COVID-19 has been a horrible event for so many reasons, I hope these nature and wildlife stories not only show us a silver lining but a clear message: Earth can recover quickly if we let it. 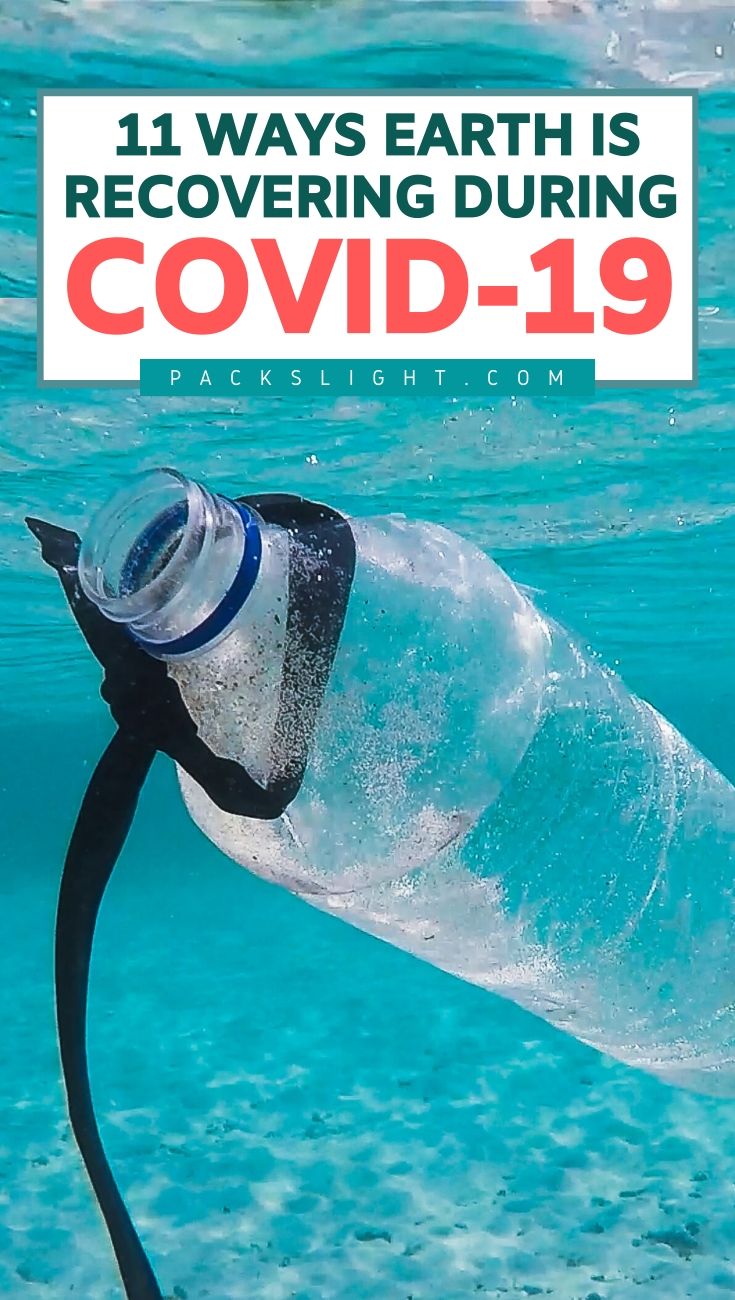 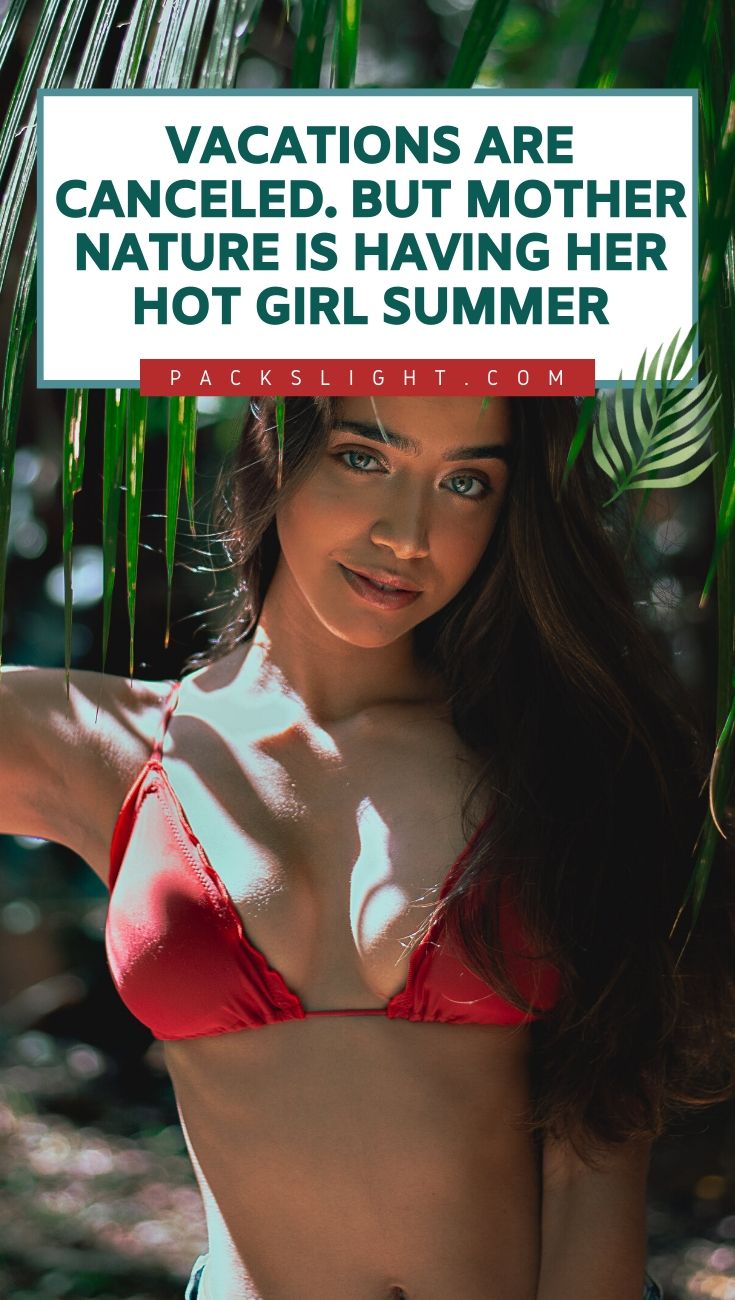 I am in love with all the beautiful photos. Thanks for sharing this article.

Isn’t it amazing to see how Mother Nature is healing right in front of our eyes! Yosemite NP is filled with wildlife roaming freely like grizzly bears and deer that generally hide. Just in my neighborhood, I’ve seen 4 gopher snakes in the last few weeks. It’s heartwarming.

I love everything about this post. Seeing Mother Nature so happy makes me happy.
And while I love all the points in this point, the lions laying down was just so cute!

I Quit My Job to Travel Blog… And Then ‘Rona Hit: 2-Month Update