This week a Young Traveler named Shermee Randolph, 23, shares how she seeks out the many variations of the Black (with a capital “B”) diaspora in her world adventures in hopes of further understanding her own Black experience more.

Hello Shermee! Welcome and thank you for offering to speak on your experience as a Black traveler who seeks Black culture! Please give a quick introduction of yourself.

Hi! My name is Shermee Randolph and I am 23 years old.

I just graduated from the University of San Diego with my BA in Environmental Studies, and I was born and raised on the South-Side of Chicago.

I’m also a Gates Millennium Scholar. This travel scholarship is how I was able to afford multiple study abroad trips—Semester at Sea, London, Argentina, and Australia!

What made you want to talk about this topic to the Young Traveler’s Network?

The reason why I want to speak on this topic is that blackness is often viewed in one light.

I remember growing up only seeing and believe that there was one universal way of being Black. It wasn’t until I got older and started traveling is when I realized that there is no one true way to be Black.

I had allowed the American media to brainwash me into thinking that we were all the same.

Black culture is unique and can be found in places outside the U.S. and Africa.

Also, the media’s portrayal of Blackness affects how people interact with me in different countries. I often get a lot of stares and/or photos taken while traveling. Seeing a Black person is new to some people, yet Black culture lives in their everyday lives somehow.

This is why I believe learning about Blackness or exploring how Blackness affects your traveling is a great lens to travel with in order to enhance your experience.

I also want to be clear that I am speaking as a Black woman from the U.S. A lot of my encounters will be from a U.S. perspective.

It wasn’t until I got older and started traveling is when I realized that there is no one true way to be black. I allowed the American media to brainwash me into thinking that we were all the same. Click To Tweet 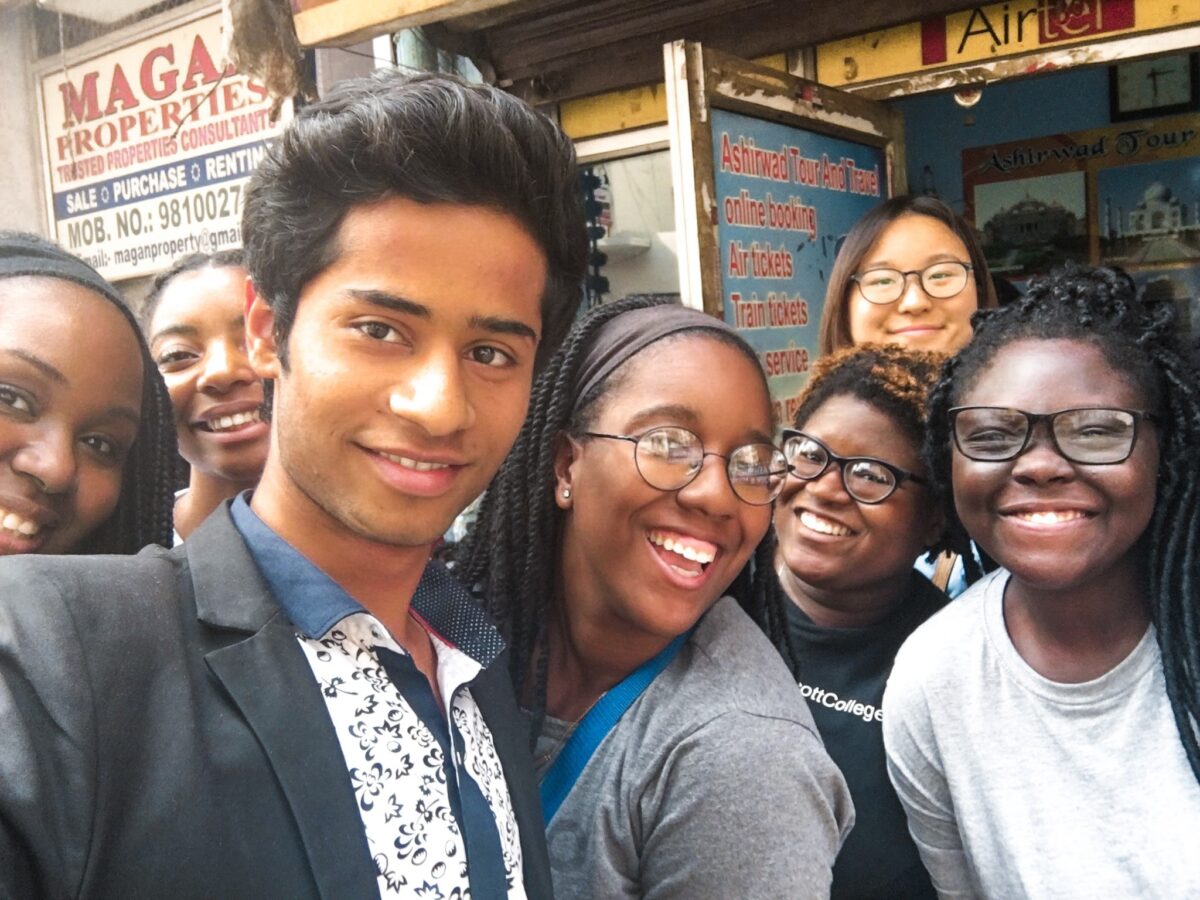 In India, this random person wanted a photo with my friends and me… Cheese!

I am so happy to have you, and thank you for that! If you don’t mind me asking, would you share what ethnicity or cultural background you identify with? For context.

Other than that, I don’t know that much about my family history. Thanks, slavery 🙂

I became interested in this subject because, as I was traveling, I noticed that my experience looked and felt different than my non-Black counterparts. I wanted to explore this topic more and learn about what Blackness looks like in different countries. It’s been a great way for me to learn about different cultures as well as learn more about myself as a black woman who travels.

“Black” is a very nuanced and diverse diaspora of people. In your eyes, what is the difference between “Black” and African-American?

To me, the term “Black” is an umbrella term. It encompasses all who have African heritage.

Terms like African-American, Black-American, African, Caribbean, etc. are ways to identify someone regionally. I’m aware that most people from countries with a high concentration of black people use different methods to categorizes themselves within the country (like tribes). Being black doesn’t unify them. They usually like their nationality to be their identity.

Also, people who are from countries where the concentration of Black people may be low sometimes see themselves as Black but may have to fight for their national identity. Depending on where you are from, how you identify yourself within Blackness looks different.

This doesn’t bother me, but it goes to show how limited some people’s exposure to Black people is.

I completely agree and you make a great point. So, what do you look for when you say you are exploring Blackness and the space it occupies? In which country did you first find yourself doing this? 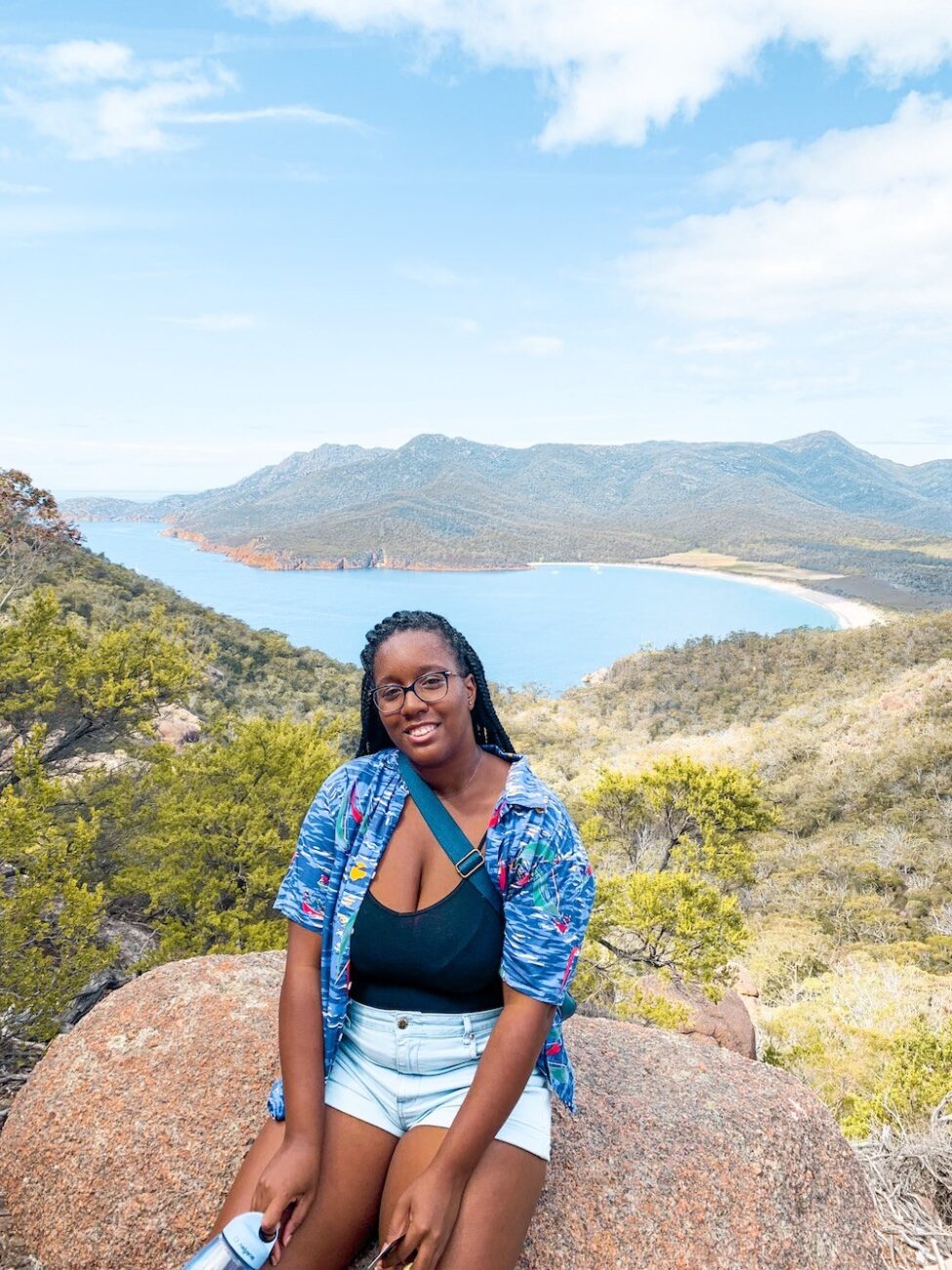 Japan was the first country I visited that made me want to understand blackness around the world.

When my friends and I began to travel around the country we noticed a lot of rap and hip-hop culture. When we went to restaurants, we would hear the explicit version of rap songs and be very confused.

It’s no secret that some Asian and Black cultures work together in some space, but it was still interesting to see how Black culture was adapted into everyday life for some Japanese, yet there aren’t many Black people around. How most people from Asian countries react to black people so shockingly but not Black culture tells a lot about the delivery of Black culture.

In countries where Black people aren’t known to have a long history in them, I like to see how Black culture lives in those spaces—whether it’s through food, clothing stores, hairstyles, etc. Black people find multiple ways to make their presence known and become a part of the culture.

While in Japan, my friend and I visited a Black-owned soul food restaurant. In countries where Black people are often erased from their history, like Latin American countries, I like to learn about how Black people keep their legacy alive and help rewrite history.

In African and Caribbean countries, I like to see how natives interact with Black-Americans as well as see how these countries try to fight against modern colonization and keep their countries alive. Countries in areas like North America, Europe, and even Australia, with major cities that are a little more racially diverse, I like to learn about migration and survival in Eurocentric spaces.

I love your objective analyses of the interpretation of Black culture! Do you have any other countries that you found Blackness particularly interesting in? Perhaps in terms of how black people are accepted/not accepted, how much their culture has incorporated Blackness, and the other social measurements you mentioned.

Two come to mine: Argentina, and Australia.

Argentina is known for its white-washing.

The country was unfortunately extremely successful at eliminating the Black slave population, so now Black people make up less than 1%. In the capital city of Buenos Aires, you are even less likely to run into anyone Black.

While there, my friends and I were lucky enough to attend a few parties that were hip-hop, Afro-beats, or Caribbean music focused. While traveling within the country I didn’t feel unsafe, but I could tell that people were looking at me differently.

A lot of Black history is gone from Argentina, which is a true shame. Black people in Argentina are credited for creating the tango, being a part of gaucho culture, and more. The few remaining are trying their best to become recognized and acknowledge by the government for their ancestors’ contribution to Argentina.

In Australia, the term Black is often used to describe its aboriginal population. This group is treated very similarly to Native Americans in the U.S.—often, forgotten and mistreated.

One thing I did notice is that aboriginal culture is often used in tourism in Australia. I think Western Australians do try to do their part to acknowledge them in some situations, but often fall short when it comes to respecting them.

As for Black people outside of Australia that come to visit, this country is known for being very racist and prejudicial. Although I didn’t have a hard time while traveling, I did hear about some terrible encounters. 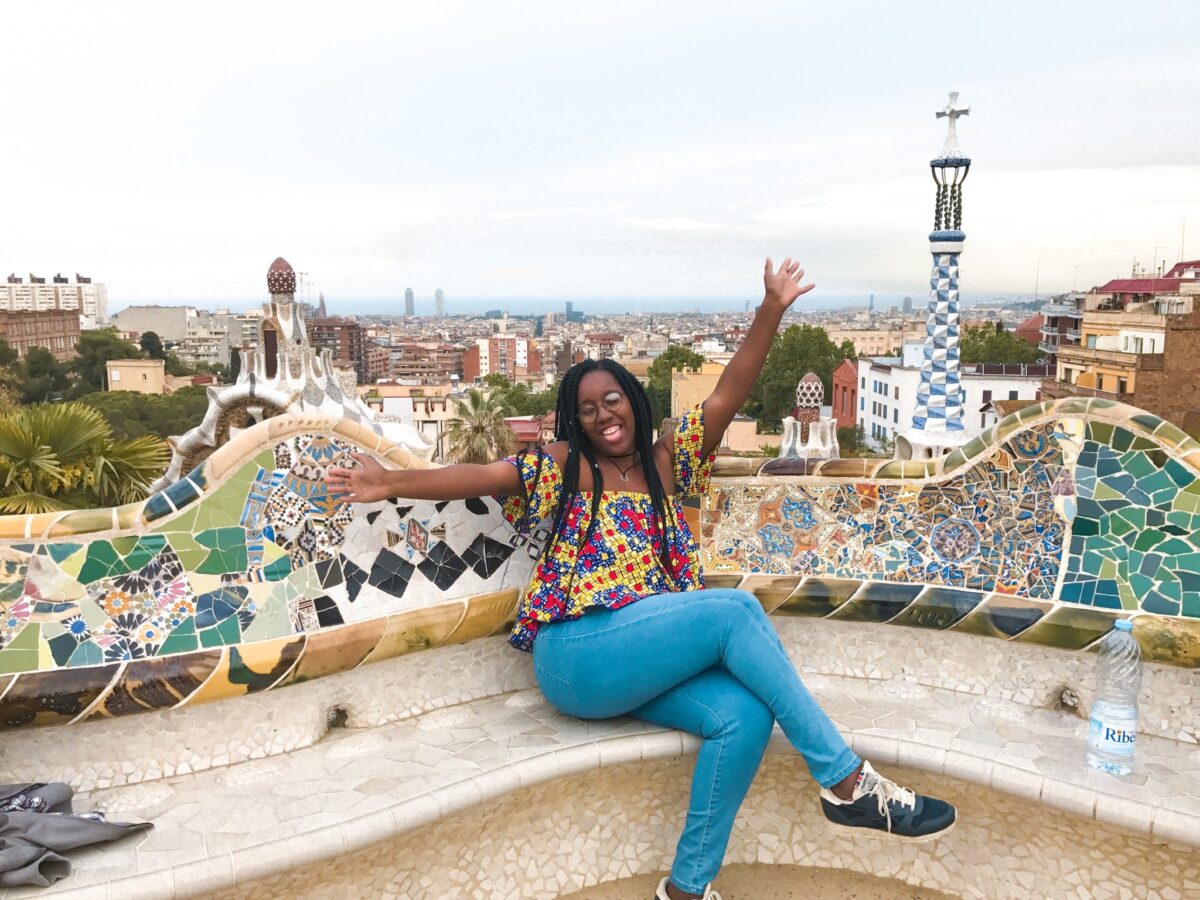 An experience I found common in most Asian countries I’ve been to is people touching my hair and taking photos of me. Also, having to explain to people that Black Americans do exist! In big cities that are diverse, I don’t run into this problem, but there are some experiences of micro-racism.

As far as when I felt the safest, I would say I had the best time in Vietnam, Fiji, and Indonesia. I felt welcomed and was able to enjoy my time without weird interactions.

My least favorite country was definitely China. I got licked by a child at the Great Wall of China.

Overall, what do you think is the general consensus on black people over the world at the moment? Do you feel a general global acceptance of blackness and that a conscious movement away from Eurocentric ideology is happening? Or are we less progressive than we think, and we still have a long way to go?

This question is tricky. In some countries, I do believe that being Black can either make your experience amazing or a living hell.

Thank you so much for your candid answers and truly awesome insight, Shermee.

In closing, do you have any advice for other young black travelers who want to start paying more attention and seeking out black spaces when they travel? Are there certain resources they can turn to, or things they can try to get a true black experience abroad?

For those interested in learning about Black history and people while traveling try to look up the country’s history before going there. Often times history will remove black people but trust me we have made major contributions all over!

If anyone has any questions or would like me to clarify any of my statements, I’m open to discussion. I love talking about travel with others. Hopefully, this has inspired other black people to travel and expand their understanding of themselves and the world.

Thank you so much, Gabby, for this opportunity!

Do you seek out Black spaces and Black history when you travel?
Drop a comment below & don’t forget to add yourself to the Young Travelers Network Facebook Group! 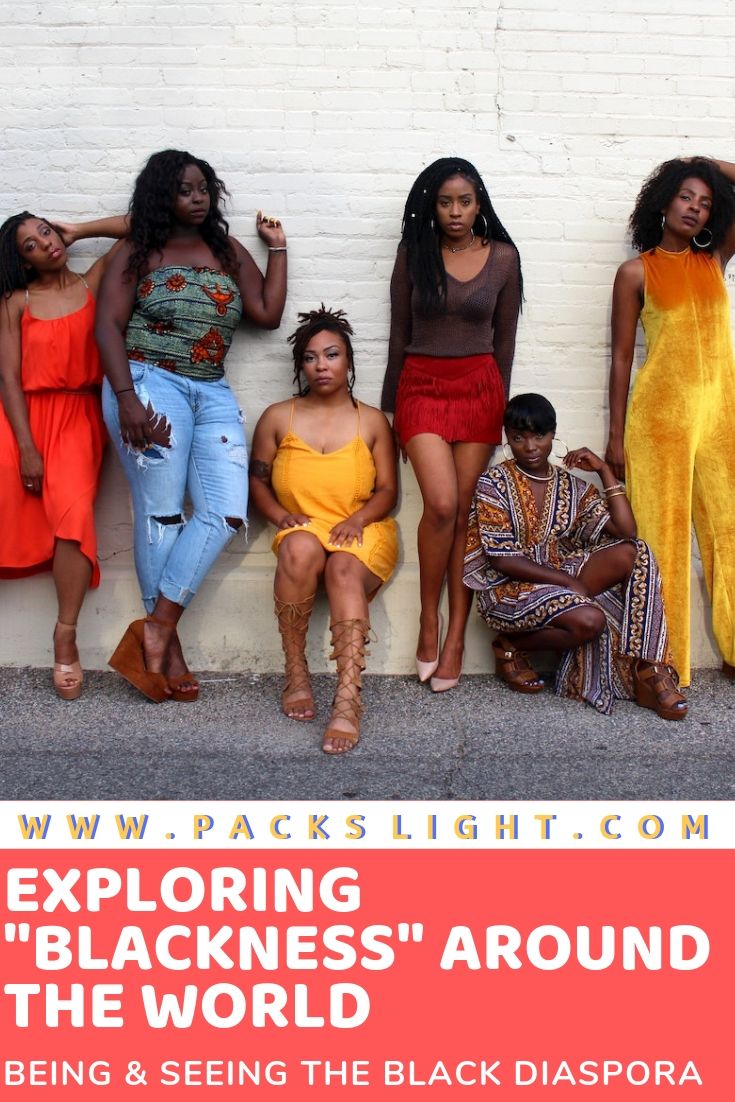 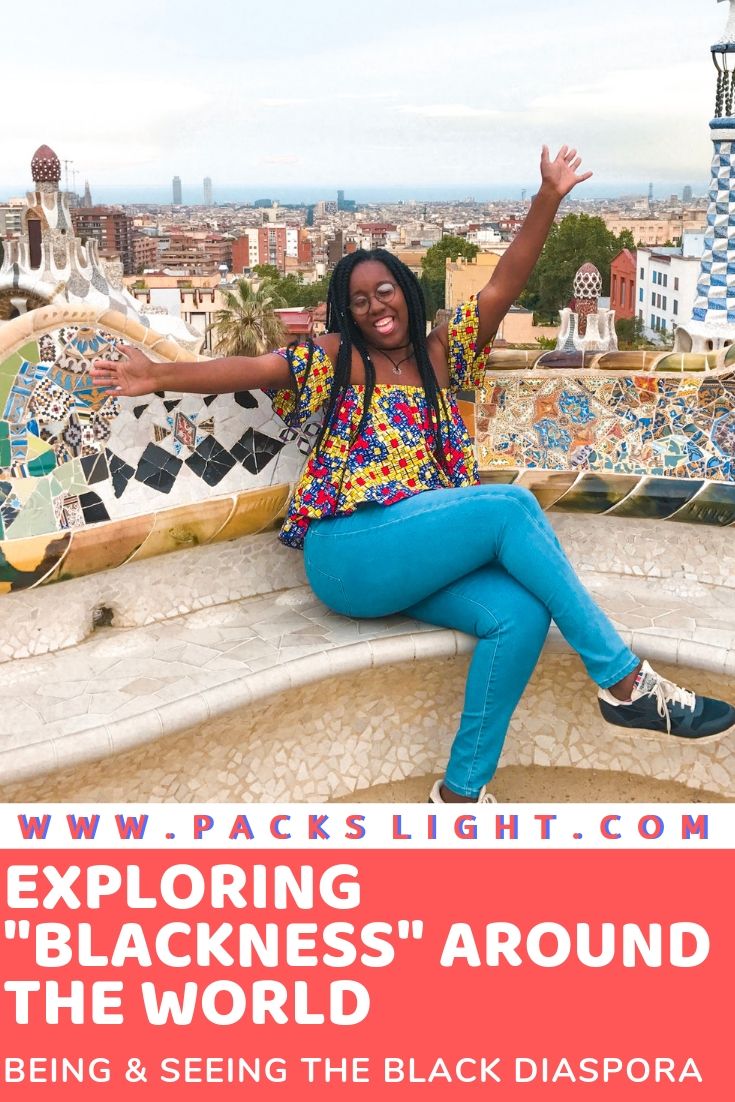 13 Travel Mistakes To Avoid On Your Next...

The Top 5 Reasons Why I Love Living in Washington, D.C.

Have you seen my TEDx Talk?