This week a Young Traveler named Jessica, 25, shares how her dietary habits developed, and how they affect her travels as a young, ever-moving vegetarian traveler.

Hello Jessica! Go ahead and introduce yourself.

Well hey, I’m Jessica. In May 2016 I graduated from San Francisco State University with a bachelor’s in journalism.

I skipped my college graduation to spend a week in beautiful Cartagena, Colombia with my best friend and wore my graduation cap in the sea on graduation day instead. Graduation ceremonies are overrated, anyway.

I flew straight from Colombia to Barcelona, Spain to work in tourism and spent six months there, and have since been back in Santa Cruz for one-month freelance writing.

I’ve been a vegetarian since I was four years old.

Though Santa Cruz is known for its “hippies” – vegetarians, organic grocery stores, passive-aggressive bumper stickers about being vegan, etc.– my parents started to raise me by eating meat.

One day when I was four years old, I was eating a hot dog whilst watching a nature show about lions, and it showed a zebra prancing along happily and then a lion attacking it and making it its dinner, y’know, the circle of life and all that. I made the connection in my four-year-old brain that my hot dog used to be an animal, and now it was my dinner, and I freaked out and told my parents I didn’t want to eat meat after that.

That’s how I ended up being a 25-year-old American who’s never had a hamburger! 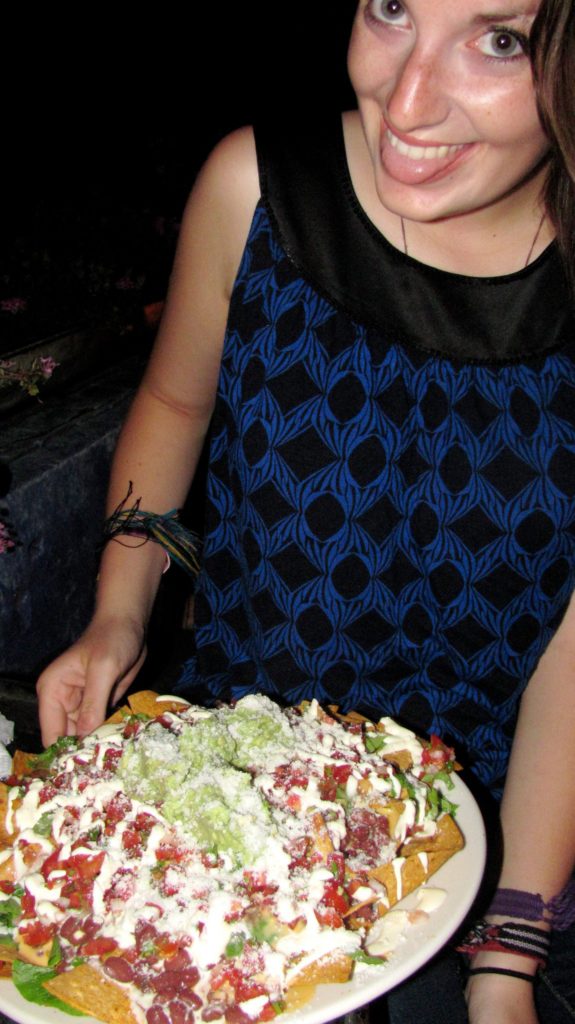 Jessica chowing down on a major vegetarian-style feast! Yum!

In my experience, being a vegetarian traveler is definitely not as hard as it may sound. I’ve been to fifteen countries and countless cities, and the only place I have ever legitimately had a hard time finding something to eat was Key West, Florida!

In order to pull off traveling as a vegetarian, you have to 1) not be picky and 2) be mindful of where you are and aware that vegetarianism might be a foreign concept. Click To Tweet

For example, when I went to Israel in 2012 I ended up eating a pita with falafel for almost every meal. Not a complaint–who doesn’t love a good falafel? But that’s just what my options were. So, like, don’t roll up to a restaurant in rural Thailand and expect a platter of vegetarian options. Know where you are and see what you can eat.

It helps to be okay with letting your lunch for the day be fruit or a simple cheese sandwich, while your friends are gorging themselves on shwarma. That being said, whenever I’m in a new country I try to eat traditional food to the best of my abilities.

How do people in other countries respond when you tell them you are vegetarian?

When I was in Colombia, we spent a day on Playa Blanca on the island of Baru (easily one of the top five most beautiful places I have ever seen) my friend and I had a meal at a little restaurant that was literally plastic chairs parked in the white sand, while a family barbecued various food items and brought them to us.

Well, they brought us each a whole fish… with the eyes still intact. And when I nervously told my friend that I didn’t eat fish, I didn’t know what to expect. However, they immediately brought me extra plantains and rice and salad, and my friends were happy to share that extra fish. Phew! So, I’d say in that situation, as long as you’re chill with having a fish stare at you from your plate while you eat, you’ll be golden!

Is it difficult to travel to countries where meat is a primary staple?

Personally, the idea of eating something that used to be alive and walking around on its own accord freaks me out—but that doesn’t mean I pass judgment on people who do eat meat. I’m realistic.

I’m aware that many, many people in many, many countries eat lots of meat. If I’m eating in someone else’s home, I make sure they know I don’t eat meat beforehand, and if what they serve me has pieces of meat in it, I just eat around them. Not the end of the world. I wouldn’t eat meat in that situation, if for no other reason then because it’s been 21 years without it, and I might get sick.

I also don’t want to insult anyone, so I’m upfront beforehand and say I don’t eat meat, but I’ll eat anything else. I love all vegetables, I LOVE cheese, I eat eggs, yogurt is great, tofu is amazing, blah, blah, blah… but I’m also willing to look over any bits of meat that end up on my plate (which doesn’t mean eat them). This ensures we are all on the same page and nobody’s feelings get hurt.

How does being a young traveler effect being a vegetarian traveler? Does it make it easier or harder, and in what ways?

As long as you have an open mind, I don’t think age should affect the ease or difficulty of vegetarian travel! 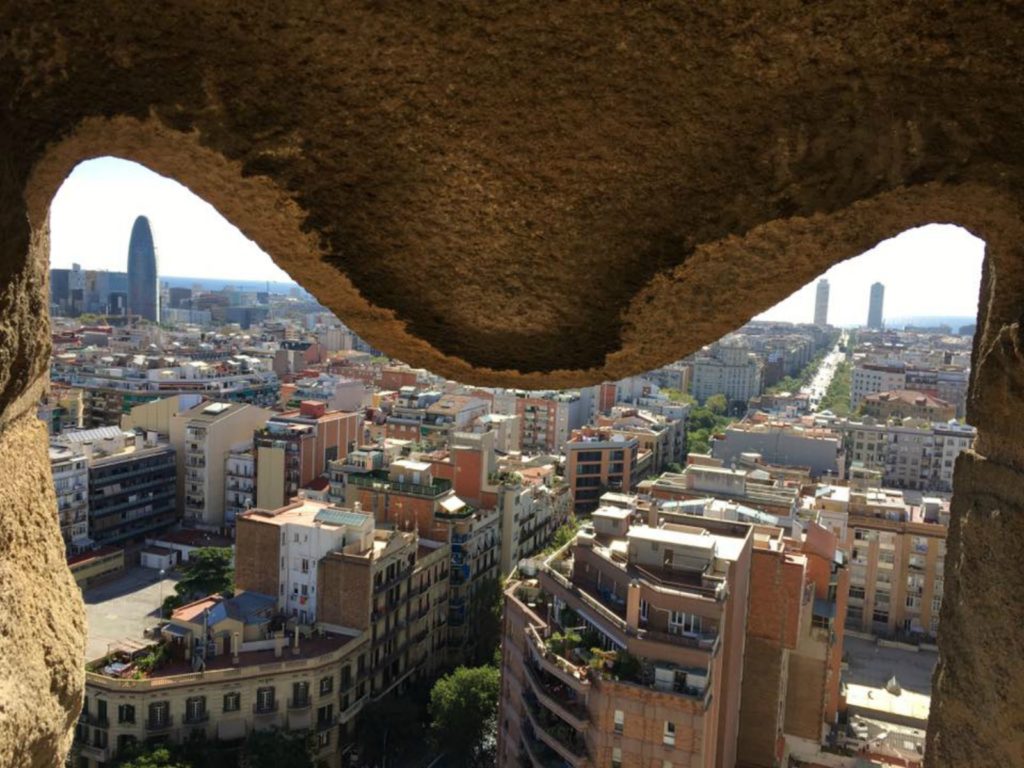 Jessica’s view of Barcelona, as seen from the Sagrada Familia. I can smell the fresh veggies, pasta, and meat-free food from here!

Where was the most/least vegetarian-friendly place that you’ve traveled to?

Of the countries I’ve been–Mexico, Guatemala, Israel, Costa Rica, England, Ireland, Belgium, Holland, Germany, France, Italy, Greece, Spain, Portugal, Colombia– none of them particularly stand out as having been hard to be a vegetarian traveler in.

As I said, you just have to not be picky and you’ll be fine.

Most meals in Greece, for example, are very meat-heavy, but if you’re eating at a typical Greek restaurant or someone’s house, every meal traditionally comes with a huge Greek salad, bread, and French fries for everyone to share. Those three things are a meal in itself and after having a portion of each of those I was usually set.

Also, while not the healthiest option, most restaurants in most countries have a vegetarian pizza or pasta option. When I went to Europe for my first time with a friend in 2015, we may or may not have split like, a LOT of cheese pizzas between the two of us because it was cheap and we could both eat it (and when I say may or may not have I mean we definitely did 😉 ) 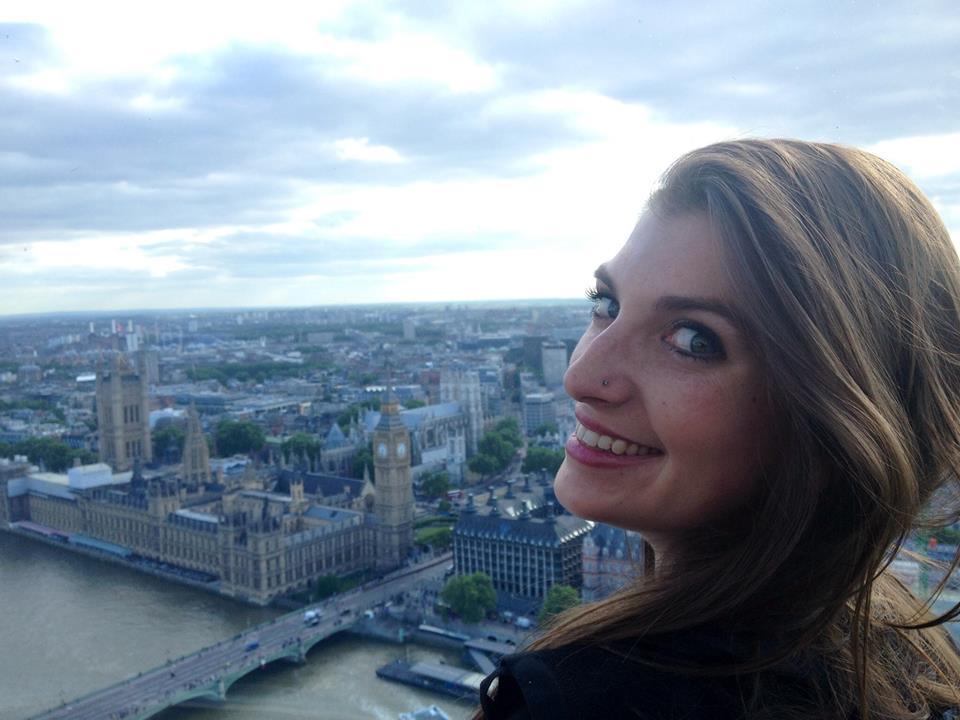 Jessica looking positively content with this view of London!

What would you say to encourage/inspire someone who says they are afraid to travel due to being vegetarian or having any other dietary restrictions? Anything else you’d like to add?

Please don’t let being a vegetarian stop you from traveling!

Worst case scenario, your dinner for an evening is a simple snack or sandwich. There are so many amazing places in the world! Don’t be scared out of seeing any of them because of dietary restrictions. Click To Tweet

I really, really want to go to Thailand next. I’ve never been to Asia! However, I was told by a friend who has been before that her favorite part of having meals there was paying $1 for street food and having no idea what you’re eating…

Of course, being a vegetarian traveler I won’t really be able to do that, but figuring out what to eat is all part of the adventure!

Do you have any tips for traveling as a vegetarian?
Drop a comment below & don’t forget to add yourself to the Young Travelers Network Facebook Group! 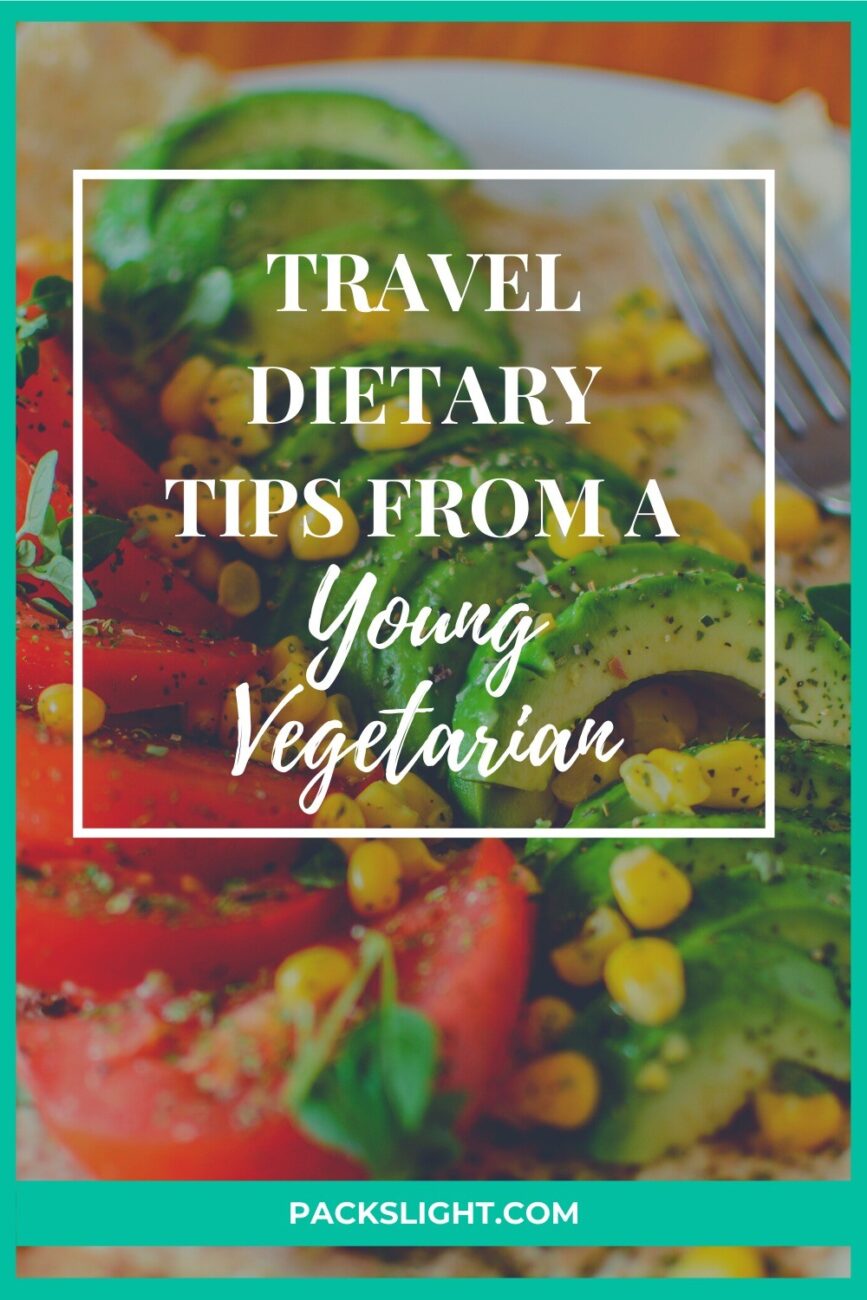 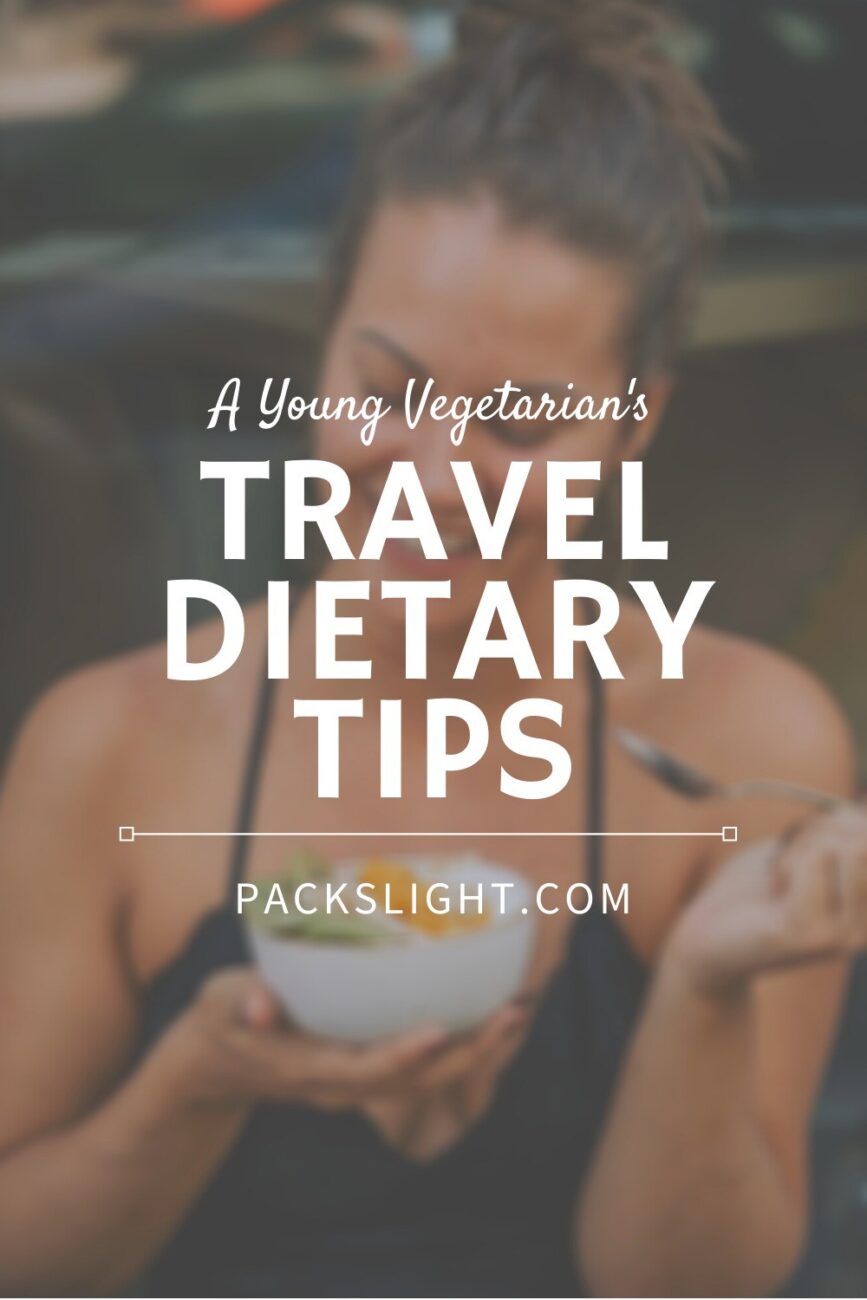 Weekend Trip to Nantucket: A Local’s Tips to...

Very interesting! I wonder what cool vegetarian spots you would find in Sydney (where I live) as I don’t see many in the popular tourist locations.

Sydney has such diverse international food spots, I’m sure there are some cool veggie places to eat 🙂

How I Travel With a Third-World Passport (Kiara, 22) – YTN